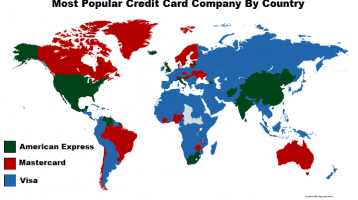 The map above shows which credit card company is the most popular in each country based on Google search data from Google Trends. It does not reflect the number of cards issued, nor transaction volume, simply the volume of searches for each company. 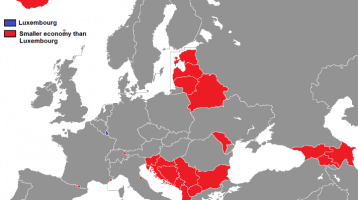 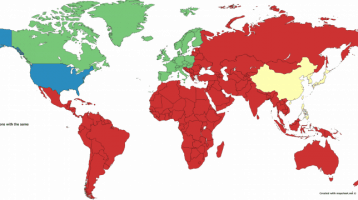 Map created by reddit user lursh123 The map above shows the world divided into 4 regions each with the same GDP. Currently, World GDP is roughly $75 trillion at nominal exchange rates. 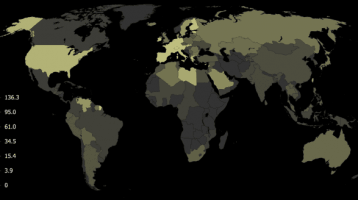