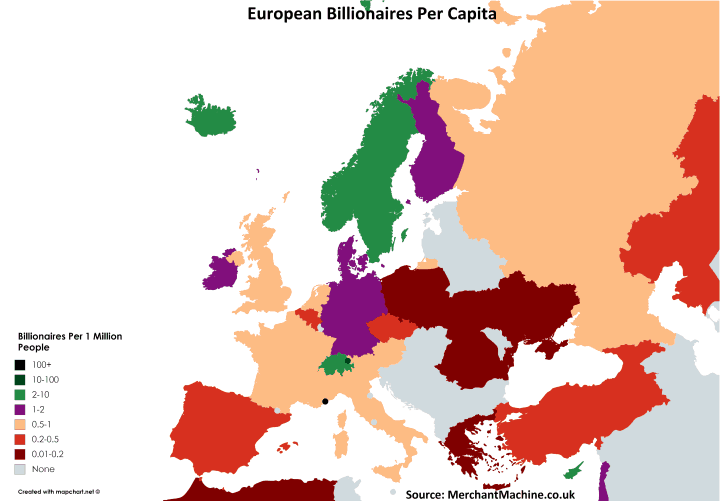 Number of Billionaires Per 1 Million People

The map above shows the number of US dollar billionaires per 1 million people in various European countries according to the latest Forbes World’s Billionaires List.

The overwhelming winner is Monaco which boasts 106 billionaires per million people. However, since Monaco’s population is just 37,800, there are actually only 4 billionaires who live there.

The map shows a total of 551 billionaires. Germany has the the largest number of billionaires of any European country with 120.

Hungary is the most populous European country without a Forbes billionaire.

Here’s the data. Population estimates for each country were taken from Wikipedia‘s latest estimate:

Use of this map: You are free to use this map on your own website BUT YOU MUST provide linked attribution back to this blog post and/or MerchantMachine.co.uk. Map created using MapChart.net.

Enjoy this post? Please help us by sharing it: