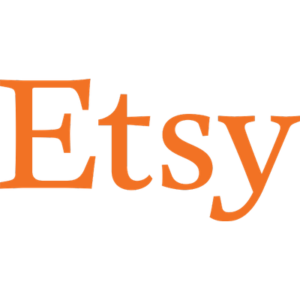 Etsy was developed as a global marketplace for unique, handmade and creative goods.  It’s basically an online craft fair, where sellers can reach buyers from around the globe.  Etsy has an estimated 54 million members, with 31.7 million active buyers in 83 countries.

To see how they compare, have a look at: UK Merchant Account and Debit Card Processing Fee Comparison.

Other Etsy Products and Services

Etsy was launched by Iospace in 2005.  The first version too its three owners, Haim Schoppik, Chris Maguire and Robert Kalin, just two and a half months to complete.  Etsy quickly attracted traffic to its site due to constantly updating and adding innovative functions to it.

In 2008, Haim and Chris, together with other employees, left the company.  This was the time when former Yahoo! Executive, Chad Dickerson came on board.  Chad became CEO in 2011.

Etsy announced its B Corporation certification in 2012 and raised $40 million in Series F funding.  In September 2016, Etsy bought Blackbird Technologies, an AI company.  Etsy’s headquarters are in Brooklyn, New York, with a European presence in Berlin.

Etsy generally has around 45 million products for sale at any one time.  Eighty-six per cent of these are sold by women.  Repeat purchasers make up 81% of Etsy sales.  In 2016, Etsy’s gross merchandise sales was $2.84 billion.

The following pros and cons are based on information available on reviews from Trustpilot.

Note that many of the negative Etsy reviews concern the actual sellers rather than Etsy itself.

Based on reviews on the above three sites, our Merchant Machine score is 2.3 out of 5.