The prevalence of cash has been steadily declining for years, with the pandemic only serving to accelerate the process as society sought to avoid cash transactions and prioritise card payments and digital wallets. 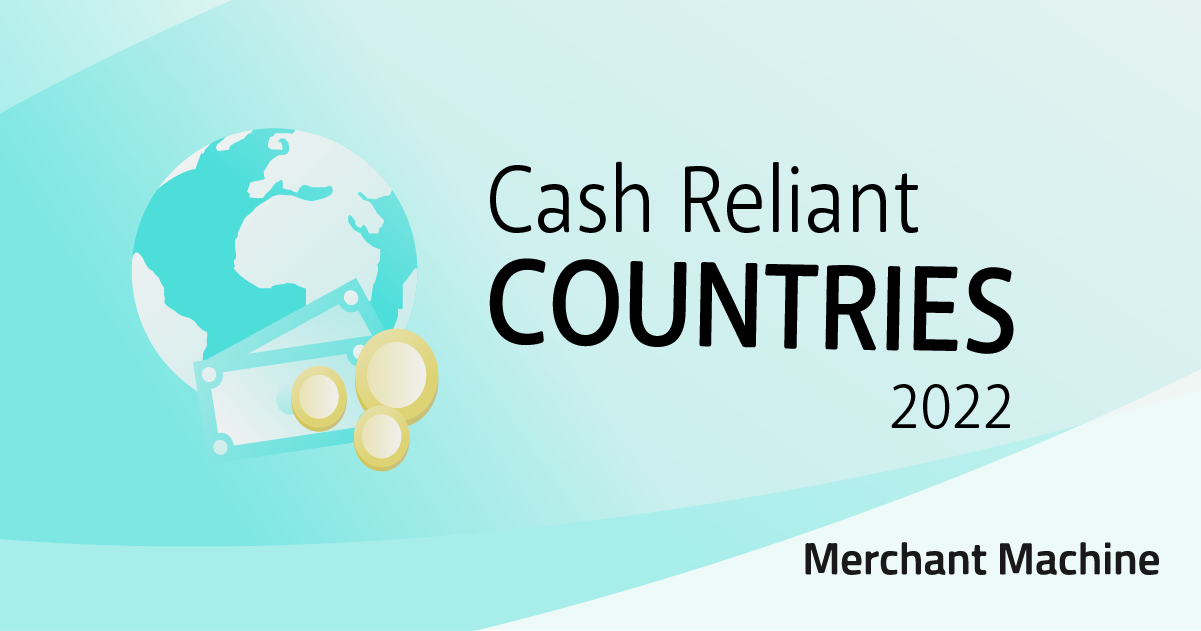 We also investigated the rise of ‘buy now, pay later’ services to determine their popularity across the globe, as well as taking an in-depth look at the UK’s current cash use and ATM numbers compared to previous years.

According to our investigation, Morocco is leading the way when it comes to cash payments in 2022. 74% of all payments in Morocco are cash-based, with 71% of the population not having their own bank account and only 0.2% owning a credit card, indicating that the majority of Moroccan citizens are still relying on physical cash for their transactions.

Interestingly, 84% of the Moroccan population have access to the internet, so this preference for cash is likely not due to any internet issues.

The table below shows the full list of the top 20 countries most reliant on cash in 2022. 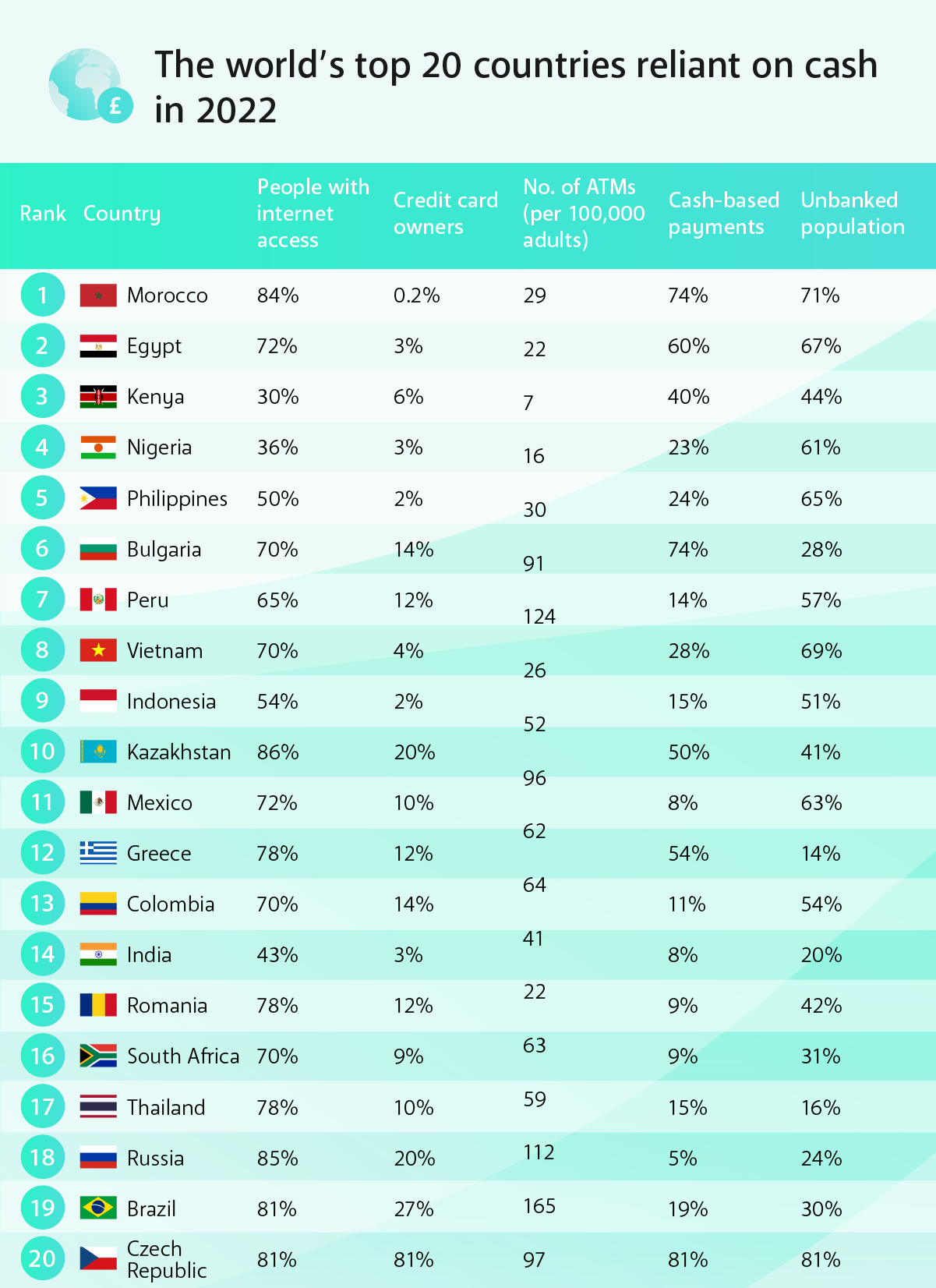 Number four also goes to an African country, Nigeria, whose population has low internet access (36%) and credit card use (3%). The Philippines comes fifth, with the highest number of ATMs out of all the top five countries – 30 per 100,000 adults. A higher number of available ATMs indicates more cash withdrawals, which in turn points to greater cash use.

Europe’s most cash-reliant countries in 2022

Following on from the world’s most cash-reliant countries, Merchant Machine has also focused on European countries to find out which countries in Europe are using the most cash in 2022.

Our research reveals that Bulgaria is the most cash-reliant country in Europe with a cash reliant score of 8.35 out of 10 on the index. Bulgaria has the lowest percentage of people with access to the internet out of the countries studied (70%), meaning digital payments are off boundoff-bound for many. As a result, 74% of all payments are cash-based in the country and there are 91 ATMs per 100,000 adults. 28% of Bulgaria’s population are also unbanked, which is the third highest out of the countries studied showing high dependency on cash amongst the population.

The top ten European countries relying the most on cash can be found in the table below. 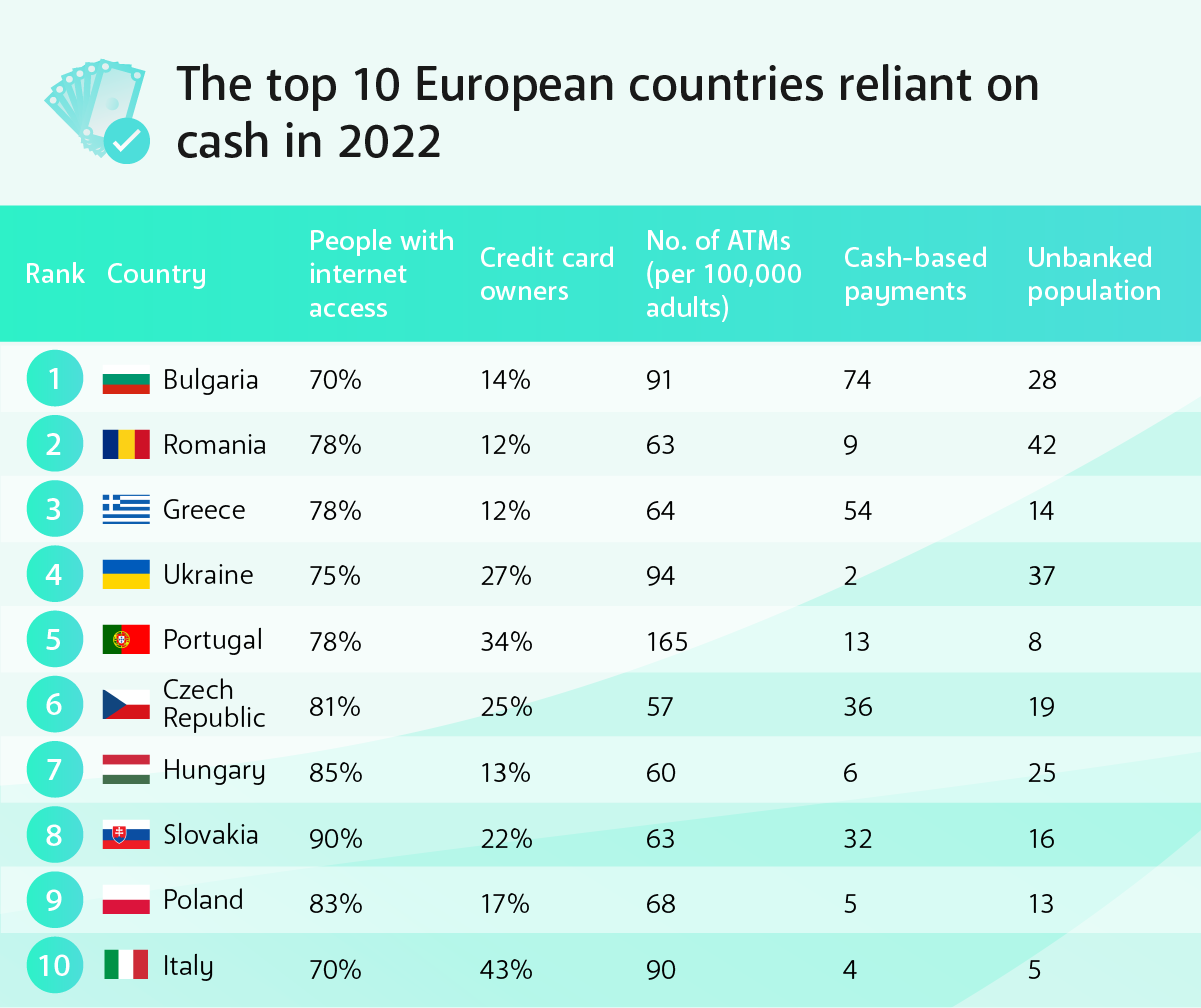 Romania comes in second after Bulgaria. Although only 9% of payments are cash-based in this Eastern European country, it has the highest percentage of unbanked population out of all other European countries at 42%, as well as just 12% of citizens owning a credit card.

Greece follows in third, with over half (54%) of all payments here being made in cash.

The countries closest to a cashless society

Here is our list of the 10 countries who are closest to a completely cashless society, with Norway taking the number one spot. Cash accounts for only 2% of all payments in Norway and 100% of its population own a bank account, with 71% also owning a credit card. 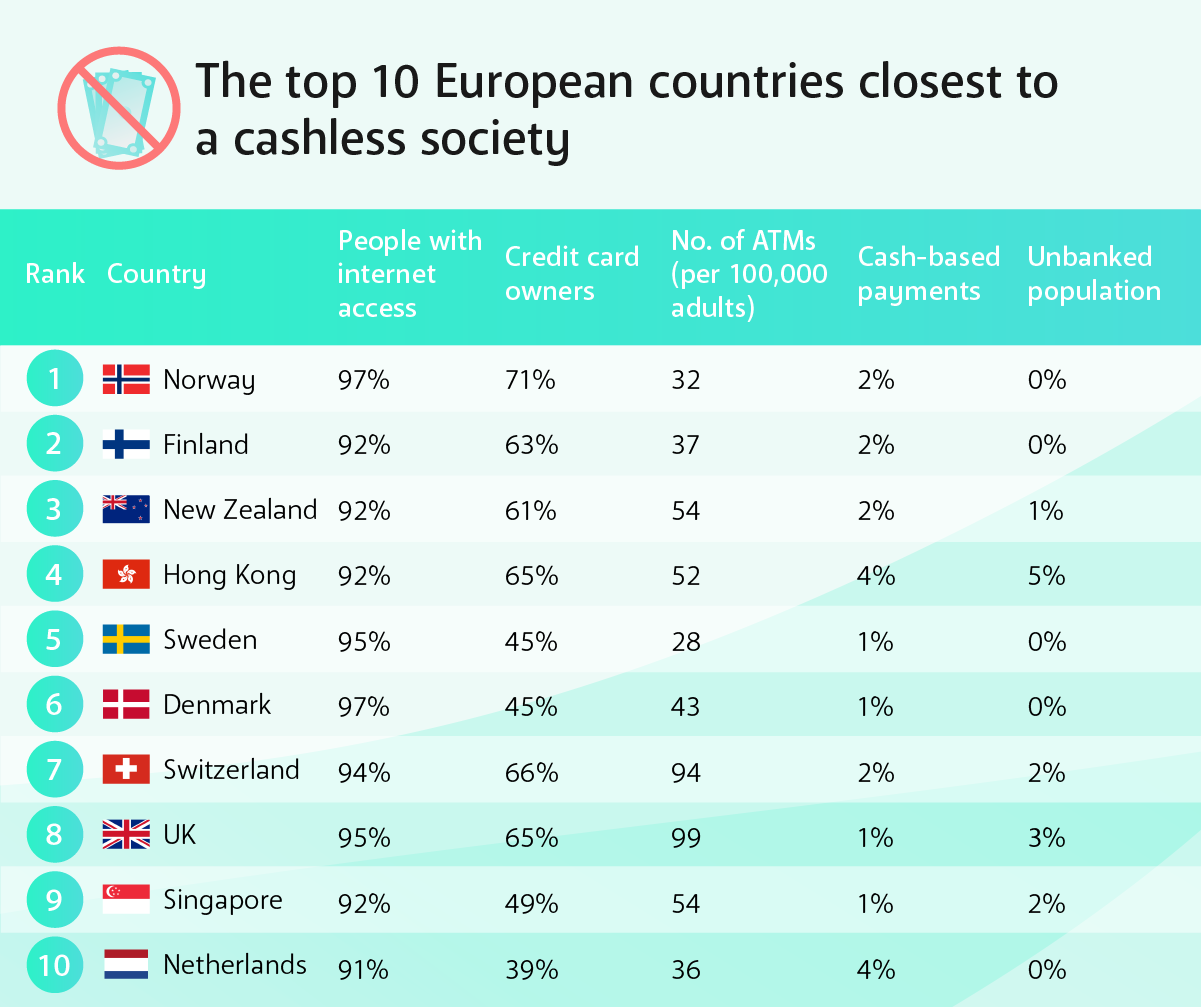 The close-by country of Finland follows Norway, with the same small percentage of cash-based payments (2%) and none of its citizens going without a bank account.

On the other side of the globe New Zealand is also waving goodbye to cash, coming in third with the same percentage of cash-based payments (2%) but a very slightly higher unbanked population of 1%.

The UK ranks lower at number 8 due to a slightly smaller percentage of credit card users (65%) and higher percentage of unbanked population (3%). However, it actually sees less cash-based payments overall, with just 1% of all payments being made with notes and coins.

The most popular digital wallets in the world in 2022

Digital wallets are contributing to the decrease in cash-use, allowing users to make cashless payments via a portable device such as a mobile phone or smartwatch. 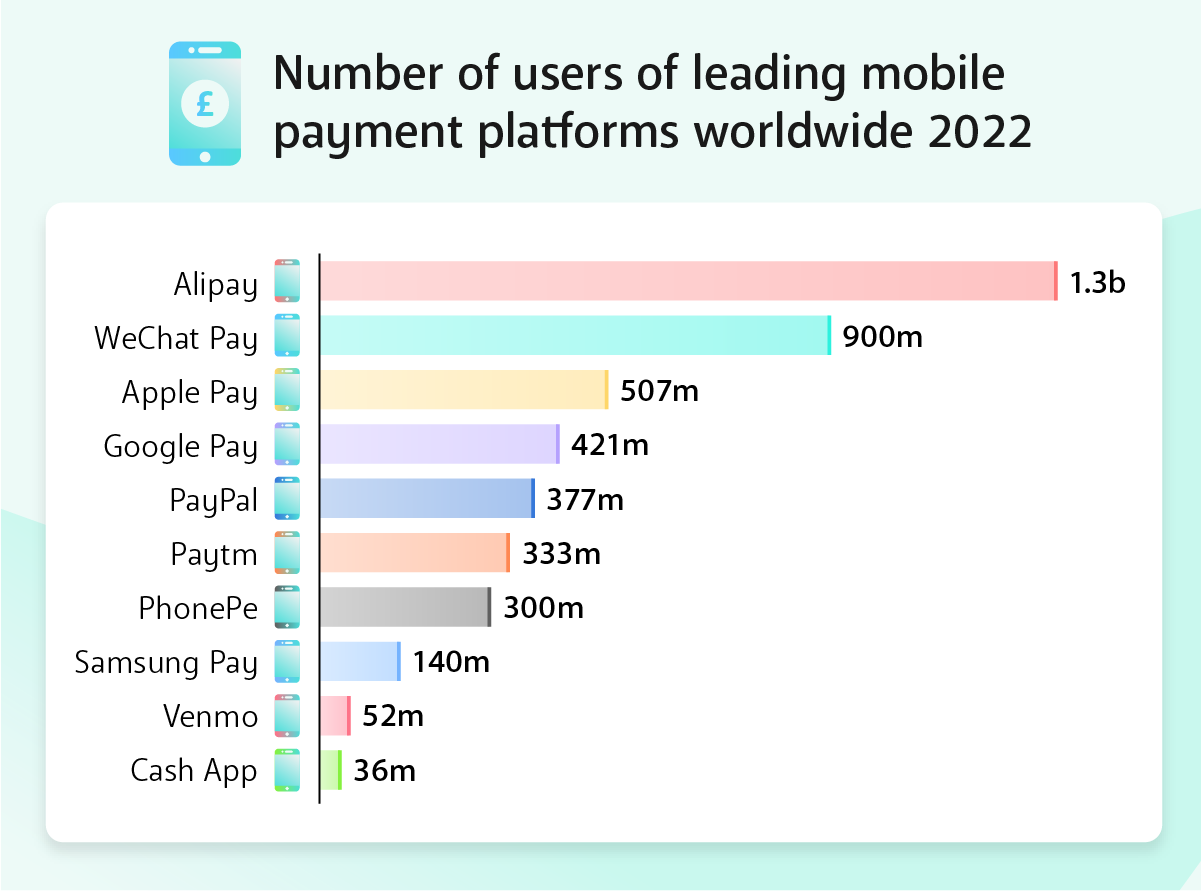 However, where Paypal previously ranked as the fourth most popular mobile payment platform in 2021, it has since dropped to fifth and been replaced by Google Pay. Google Pay now has 421 million active users, which is over 40 million more than Paypal’s 377 million.

The rise of alternative payment methods in the United Kingdom

The UK ranked among the top 10 countries closest to a cashless society, with only 1% of all payments made in cash. So which methods account for the other 99%? 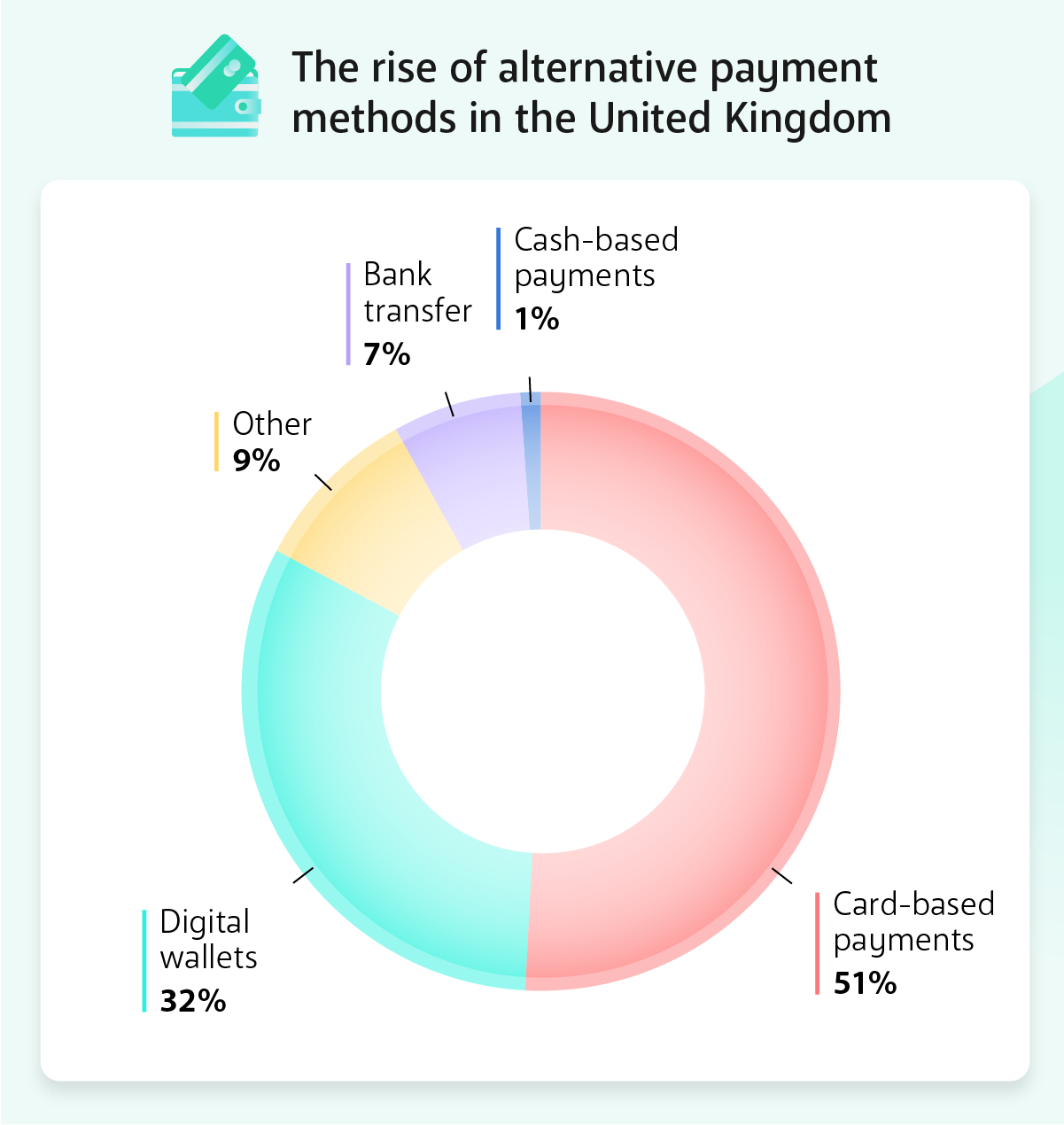 According to our research, card-based payments make up over half of all transactions in the UK at 51%, followed by digital wallets which account for 32% of all payments.

9% of transactions in the UK use other alternative methods, such as the increasingly popular ‘buy now, pay later’ (BNPL) option provided by a number of services such as Klarna and Clearpay. This option is a form of credit that allows users to make purchases without paying the full amount upfront, instead paying it back in instalments over a period of time.

BNPL currently makes up 6.8% of the UK market share of e-commerce payments, and is forecasted to reach almost 10% by 2025. 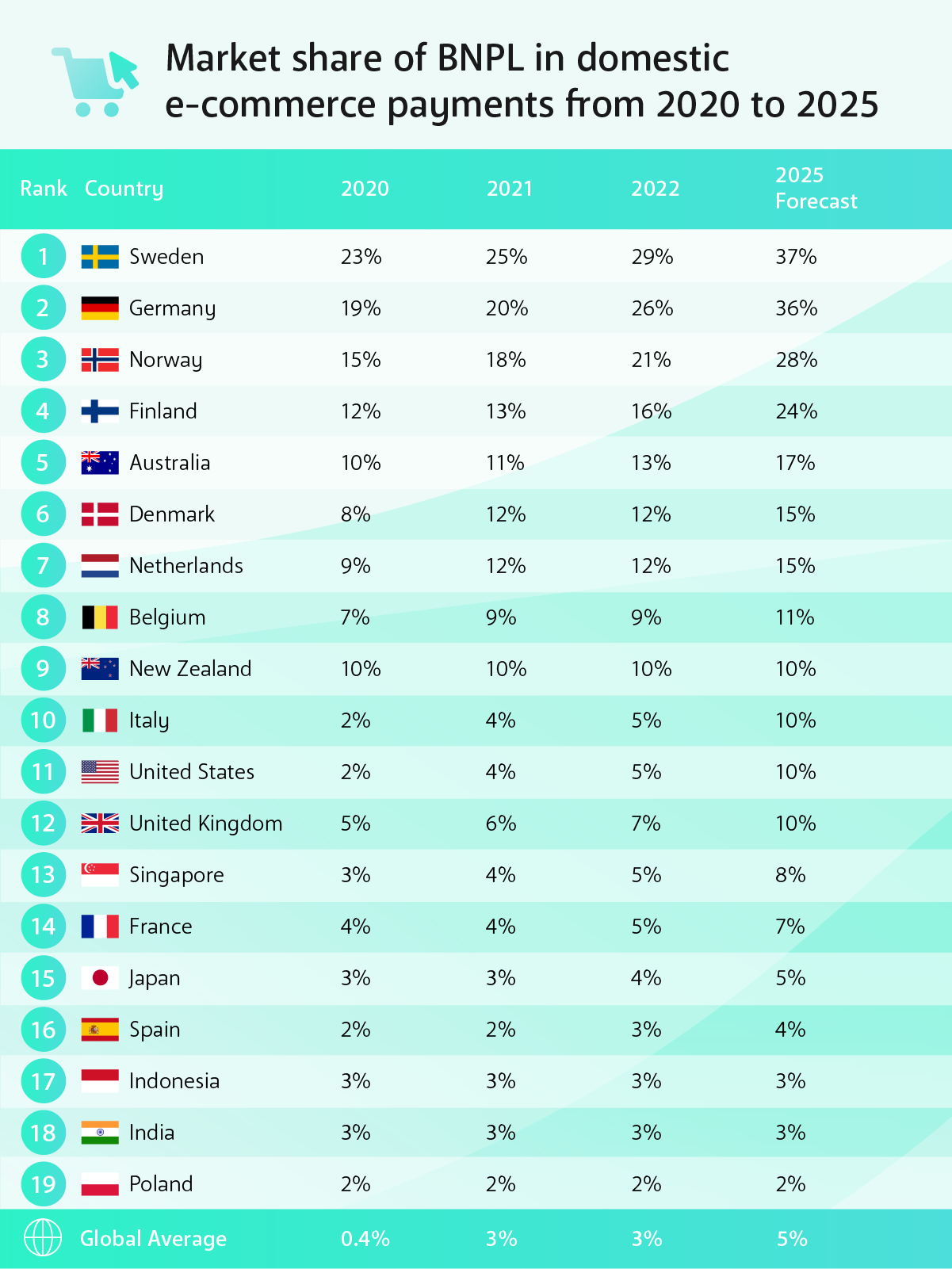 Sweden, Germany and Norway are the leading countries when it comes to BNPL, which makes up over 20% of the market share of e-commerce payments in all three countries.

The Decline of ATMs in the UK

The decline in cash-based transactions in the UK has been accompanied by a decrease in the number of ATMs available for cash withdrawals, with more and more being closed. 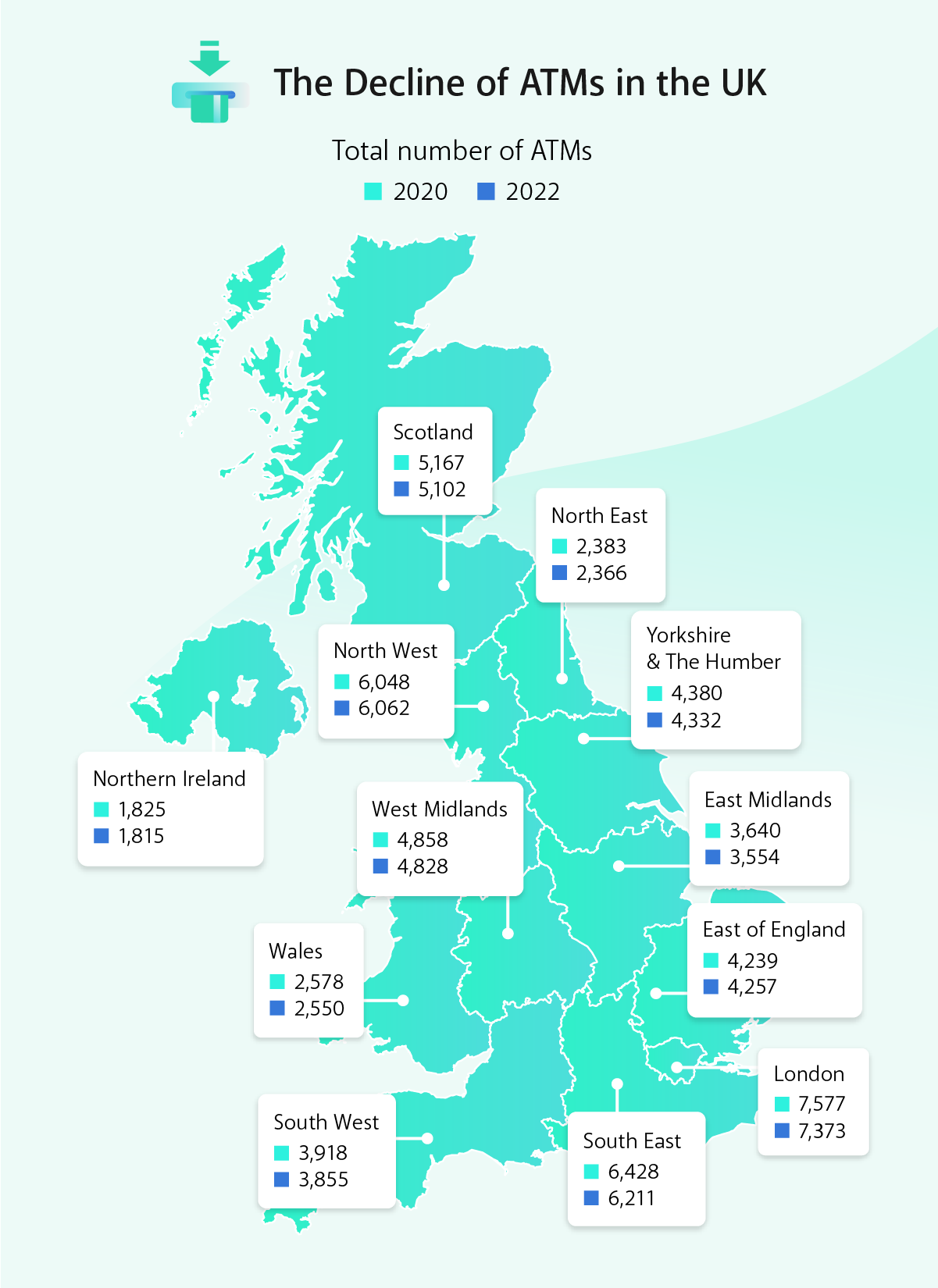 Within London, the Parliamentary Constituency of Ruislip, Northwood and Pinner has seen the biggest decline in ATM numbers over the past two years, at -26.23%. This is followed by Chingford and Woodford Green (-23.53%) and Old Bexley and Sidcup (-22.41%).

In light of the continuing decline in cash payments and ATM numbers in the UK, it seems 2022 is likely to see another decrease in cash withdrawals. 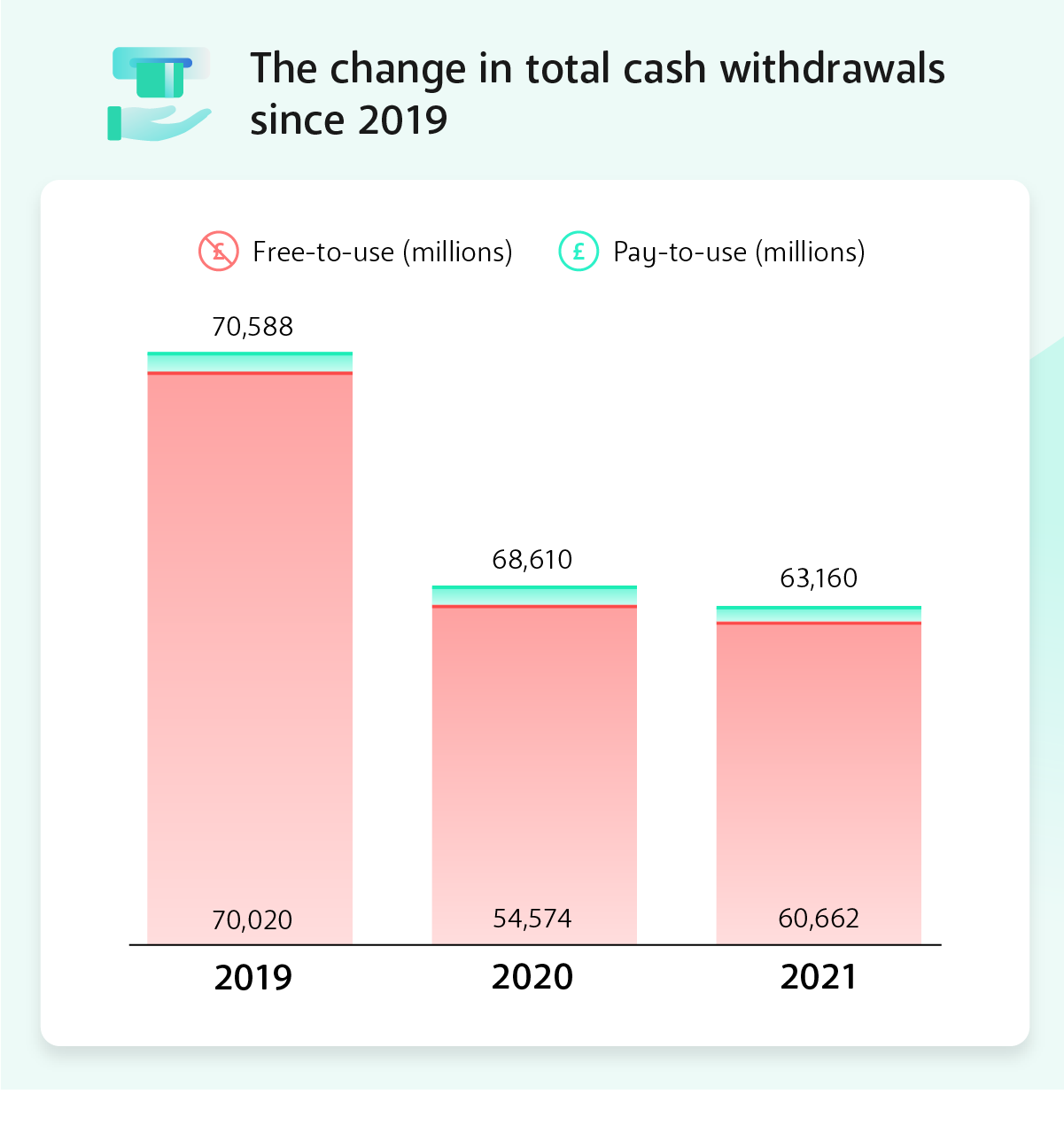 To find out which countries are the most and least reliant on cash in 2022, Merchant Machine created a worldwide and European index analysing 60 global countries and 30 European countries. The following metrics from the worldbank, Ppro and the Global Economy were analysed and scored for each country:

The countries scores were then compared and ranked to give a total cash-reliant index score out of 10.

The UK payment types for 2022 were analysed from Ppro global payment data.

The decline in ATM per UK region and change in total cash withdrawals was taken from data published by the UK’s cash machine (ATM) network LINK.