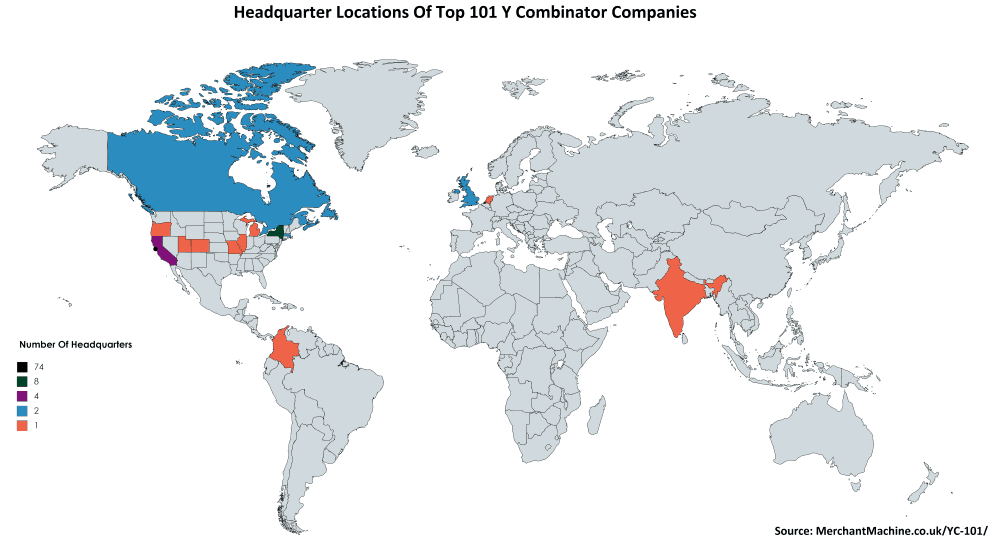 The map above shows the headquarter locations of the top 101 Y Combinator Companies by valuation as of October 2018.

Note Strikingly is headquartered in Shanghai China and not Sunnyvale as originally published.

You can see a full list of companies and headquarter locations below:

Data came from the following sources: