The Consumer Prices Index (CPI) in the UK rose by 5.4% in the 12 months, the worst figure in over 30 years, attributed to food, footwear, and clothing prices. According to the ONS, the wage rises for UK workers were already failing to keep up with the cost of living, so further increases to the cost of living have only enhanced concerns in many about the future.

Merchant Machine has analysed the rising cost of our favourite everyday things – the Big Mac, cinema tickets, Netflix and petrol. Predicting how much they will cost in ten years.

Netflix premium subscription could cost £20 by 2032 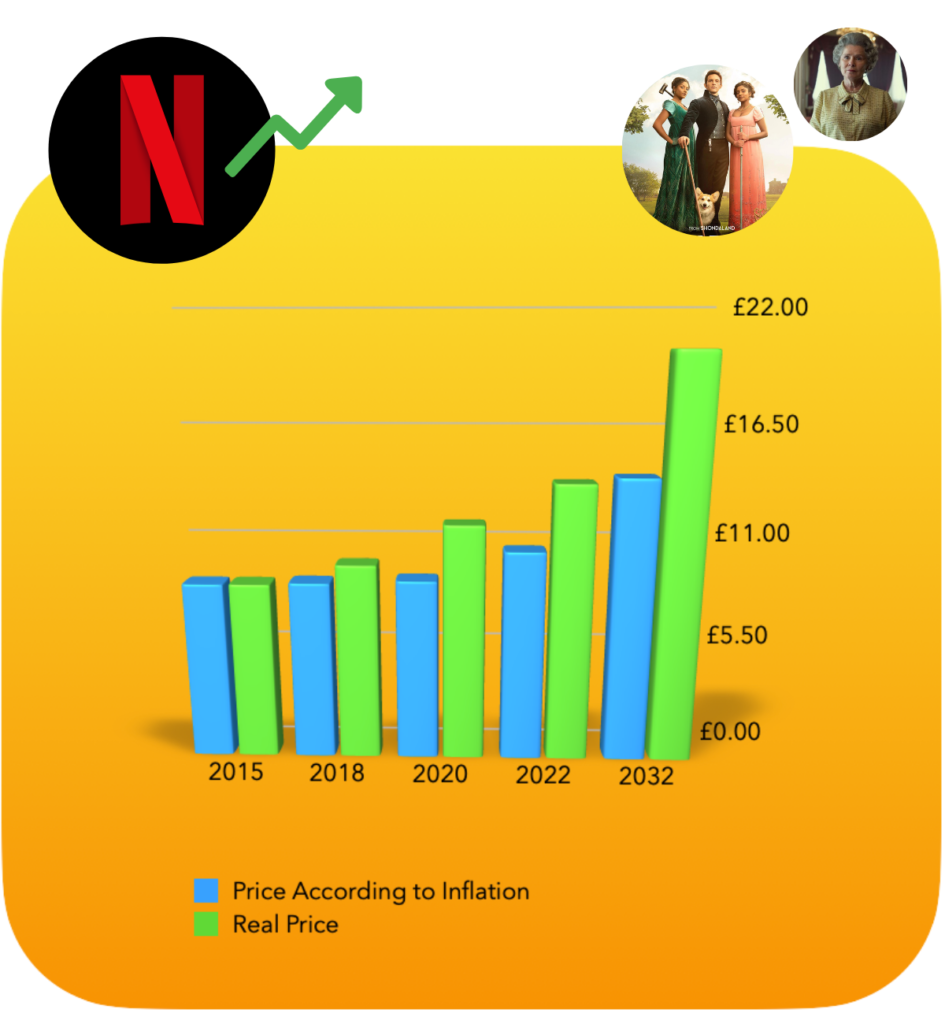 The cost of watching Netflix hits from Bridgerton to The Crown is to increase, as the streaming platform raises its prices for subscribers in the UK and Ireland for the second time in less than 18 months. With an estimated 14 million customers as of the end of 2022, Netflix is the most popular streaming service in the UK. However, UK subscribers have seen Netflix increase its prices due to the company looking to fund its content budget.

According to our research, Netflix’s premium subscription is predicted to rise by 52.93% between 2023 and 2032.

While Netflix is the most used streaming service, other services such as Prime Video and Apple TV have grown popular. Disney+ launched in 2020 in the UK and currently costs £7.99 a month. Along with Disney classics and Marvel films, the streaming platform has debuted exclusive content like the Mandalorian and Peter Jackson’s Beatle documentary Get Back. The platform has 130m subscribers, and the company aims to get to 230m subscribers by 2024.

“They chose to price low, so they could grab subscribers quickly and make the barrier to trying it very low,” said Berna Barshay, an analyst with Empire Financial Research. “That’s worked for them. I wouldn’t expect to see Disney+ stay a sub £9.99  service forever.” 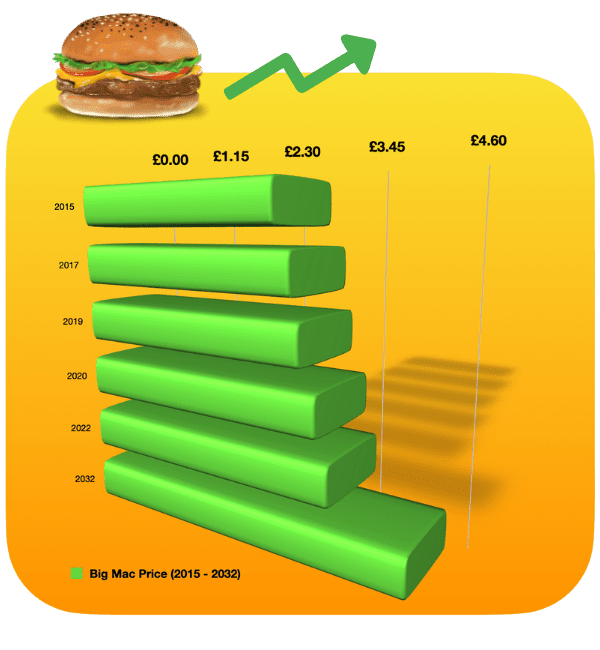 Merchant Machine’s research found that the Big Mac is predicted to rise by 22.28% between 2023 and 2032. Looking at the expected rate of Inflation. The price for a Big Mac should increase by 30.40% between these years.

But, why focus on the Big Mac?

Because it’s stable, it doesn’t change over time. It has vast consumption across the population. Its input costs are also broad. It takes many factors to produce a Big Mac.

But the primary reason we chose the Big Mac is the Economist’s Big Mac Index. If you haven’t heard of it before, the Big Mac Index is a concept invented by The Economist back in 1986 as a lighthearted guide to whether currencies are at their “correct” level. It is based on the theory of purchasing-power-parity (PPP), the notion that in the long run, exchange rates should move towards the rate that would equalise the prices of an identical basket of goods and services (in this case, a burger) in any two countries. In much the same way, we can understand how well off we are by using the Big Mac as a measure. 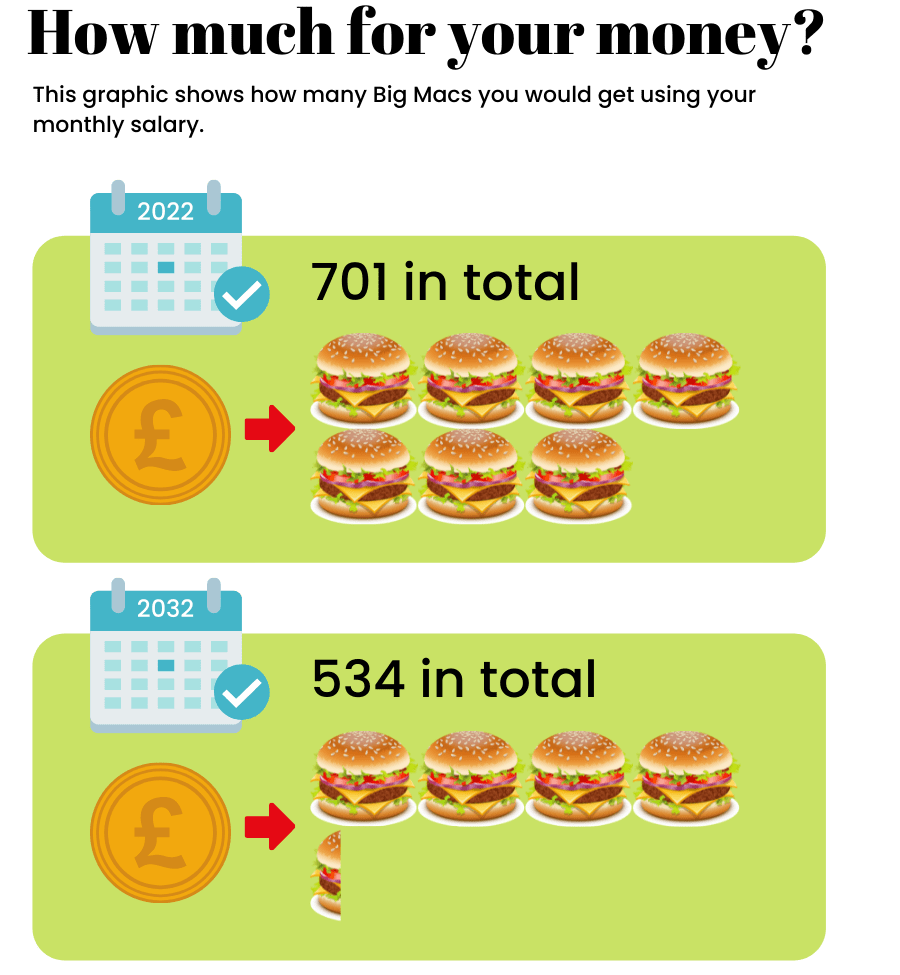 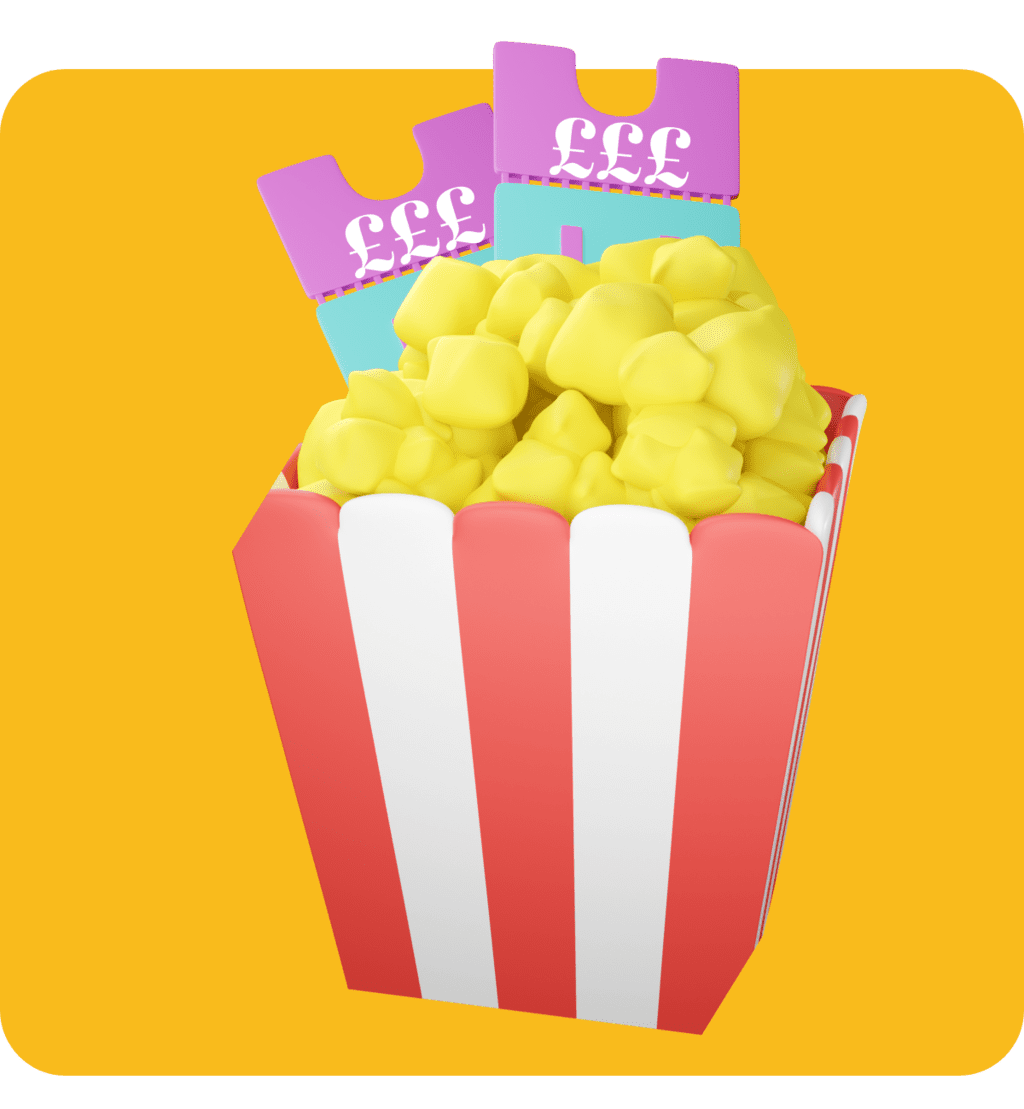 Merchant Machine’s research found that cinema tickets are predicted to rise by 36.22% between 2023 and 2032.

The dual challenges of the pandemic and inflation crisis have been tumultuous to navigate for the UK’s film and high-end TV (HETV) production sector. And yet the industry has adapted not only to survive but to flourish.

Cinemas are not the only business upping their prices in the UK, with legit theatres and museums also hiking up the ticket price, in line with an overall increase in the cost of living.

Based on the inflation rate, cinema tickets should be costing around £8.58 this year. However, the actual cost is around £10.96, causing a £2.38 difference.

Today’s ticket prices at the cinema are very consistent. Some variations may be based on simple factors like weekday vs weekend, evening vs afternoon, or getting VIP tickets vs regular seats.

By taking a look at historical price data and applying forecast formulae, we are able to predict that by 2032 cinema tickets will cost around £13.16. Looking at the inflation rate prediction, tickets should only cost £11.45 by 2032 if inflation increases at a steady pace. Cinema ticket prices are definitely set to rise faster than inflation. 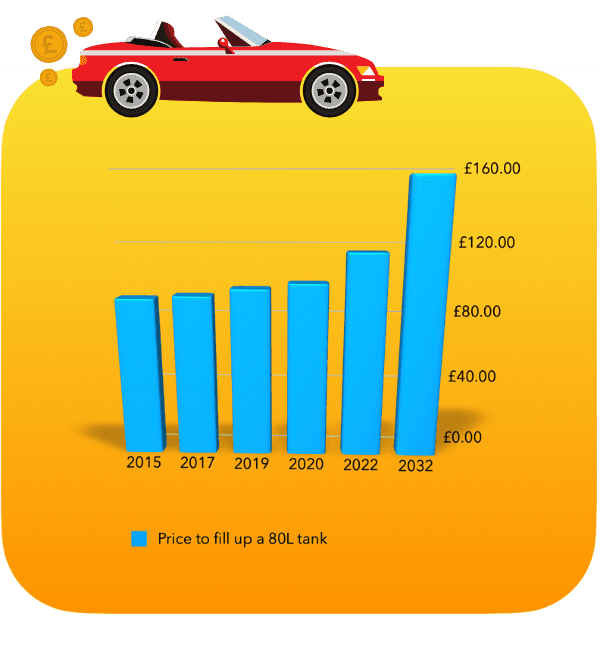 Following the recent fuel shortages, petrol is now widely accessible although at the cost of 3p per litre more than last year. In 2022, petrol costs on average £1.46 per litre, and this is predicted to increase to £1.96 in 2032.

Research conducted by Merchant Machine has predicted that petrol prices will rise to £1.96 per litre in the next ten years, which means that for an average Mercedes Benz car with a fuel capacity of 80 litres, the costs will rise £138.80  just for fuel.

We found historical data on the prices of cinema tickets, Big Mac, Netflix premium subscriptions and the average litre of petrol. We also collected national inflation rates between 2015 and 2021 and applied the increases to the base prices of 2015 to create a parallel historical progression.

We then applied forecast formulae to create predictions for both the real price and the ideal price, based on inflation rates.