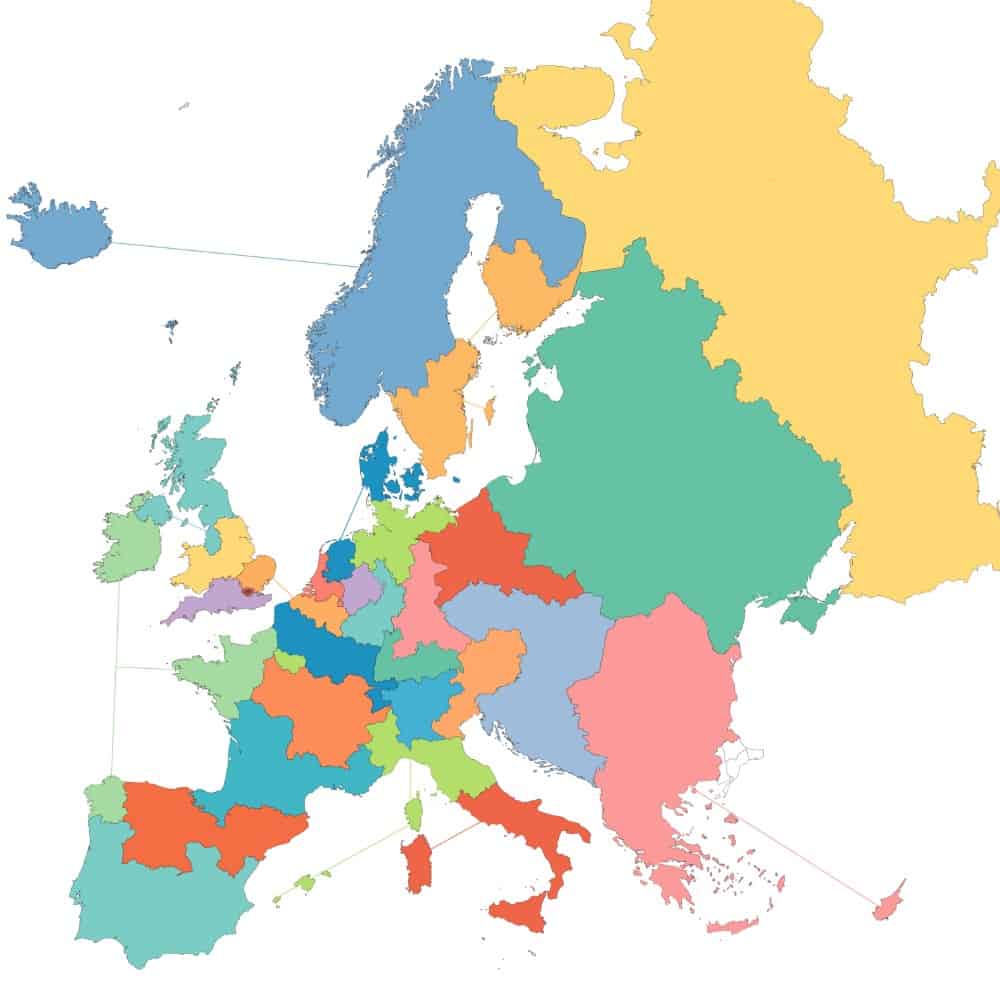 The map shows just how big London’s economy is. Each of the coloured areas has an economy that is roughly equal to London’s GDP figure of £487 billion ($600 billion) in 2018.

Finally, if you’re wondering why the divisions were done the way they were, they were based largely on NUTS 2 regions and then joined purely based on economic size to as closely match London’s GDP.