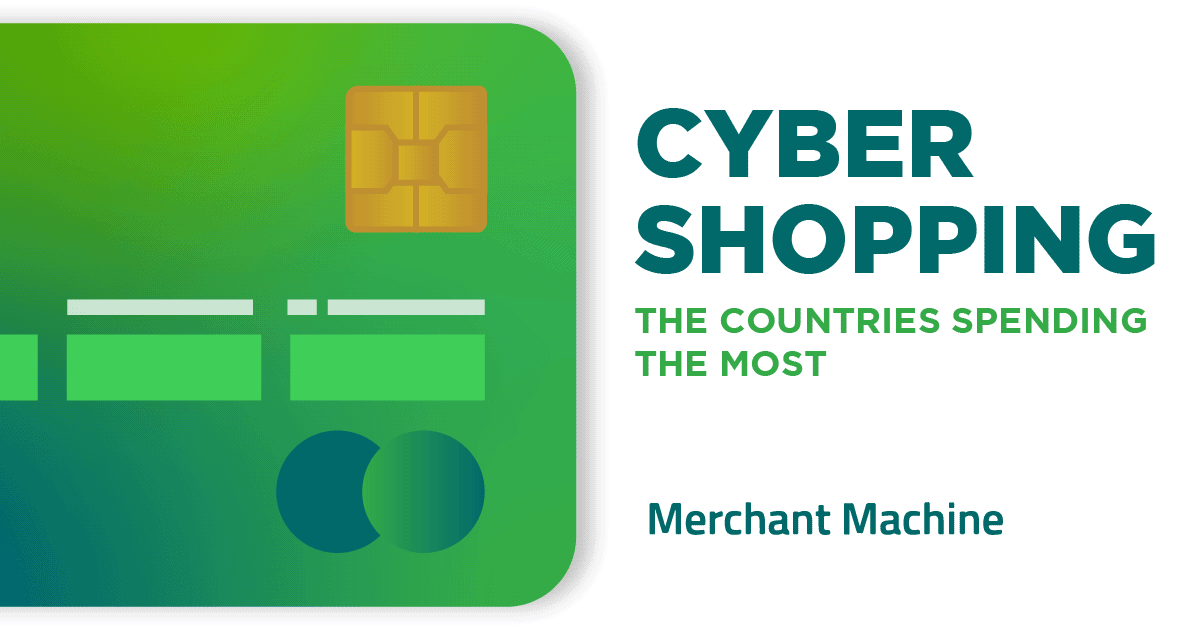 The Covid-19 pandemic has meant that people are shopping online more than ever but which countries are spending the most money?

Merchant Machine analyses every countries’ spending habits to reveal which nation is spending the most on cyber shopping and how much each country is spending on average. The study also looks at which eCommerce markets are the most popular across the globe and which have seen the biggest rise during COVID-19

The Top 10 Countries who Spend the Most Online

China contains the biggest online spenders, spending an average of $2,386 and a business to consumer expenditure of $1276.2 billion. Despite a decrease in online spending of 8.6% from 2019 to 23.8 trillion yuan or $3.5 trillion, the second-largest economy remains the top online spender in the world.

Comparatively, the US exhibits a larger average online spend of $3,680 however only spends $830.7 billion in B2C transactions, 34.91 % lower than their Chinese counterparts. The UK on the other hand has an average online expenditure of $4,516, more than 89.27% than China although only sees a B2C spend of $233 billion. 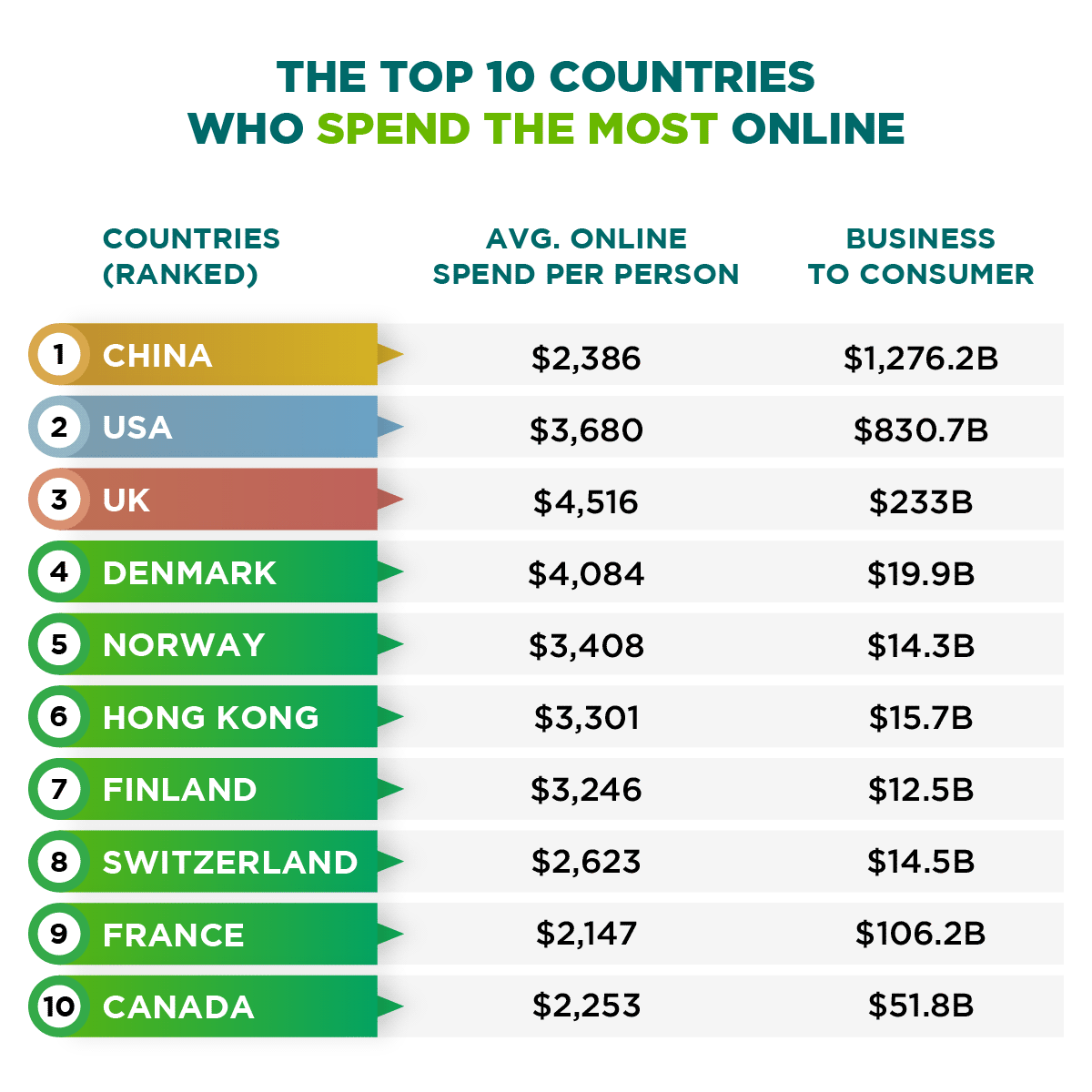 In terms of salary, Turkey inhabitants spend the highest percentage of their average salary on online purchases at 20%. Similarly, in China, they spend an average of 20% while in Nigeria the average spend is 19% and Morocco residents spend 18% of their salary online. 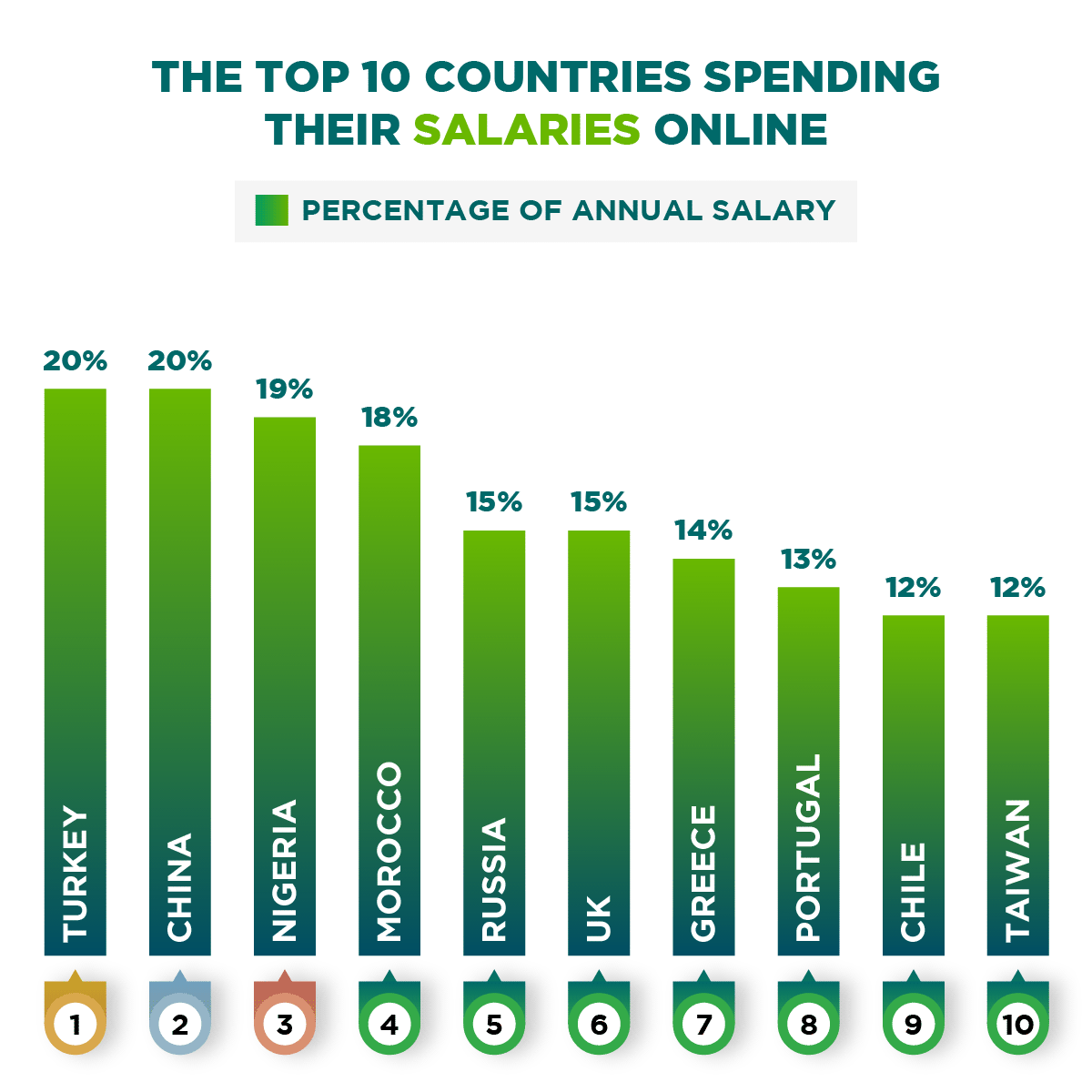 With the introduction of increased health and safety measures since the outbreak of the Covid-19 pandemic, it’s unsurprising that disposable gloves saw the largest increase in online purchases, increasing by a staggering 670%.

Other products which significantly increased in online purchases include bread machines with a 652% increase in purchases, cough and cold medicine with a 535% increase and soups which increased by 397%. 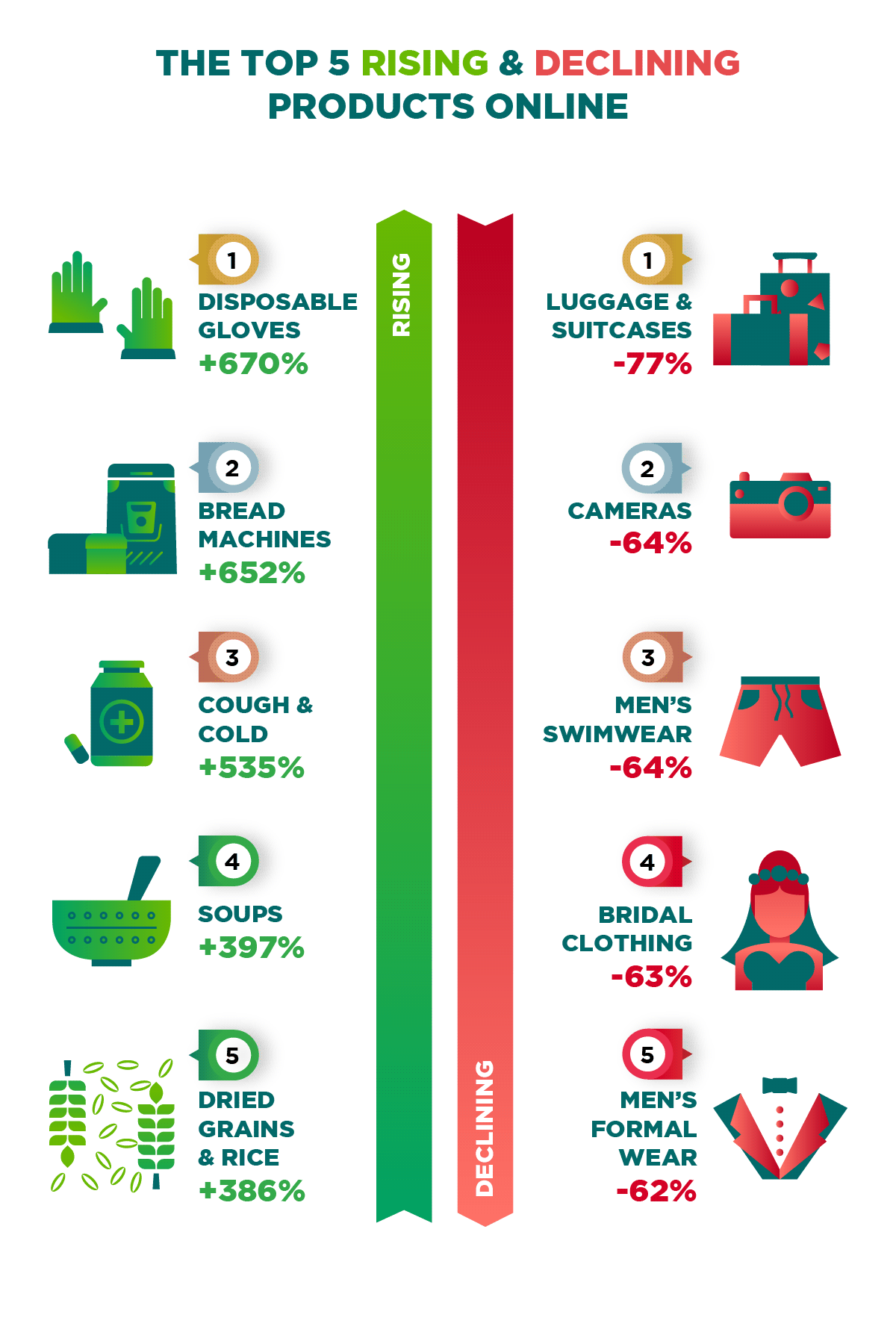 Holidays were off the cards for the majority of the population this year and this was reflected in our online shopping habits. There was a 77% decrease in purchases for luggage and suitcases and 64% decrease in cameras used to capture those special moments.

The additional ban of events and celebrations also unfortunately impacted those who planned to tie the knot in 2020 and there was a 63% decrease in bridal clothing and 62% decrease in men’s formal wear compared to the previous year.

The Top Brands for Online Spending

Globally Amazon ranks as the most popular brand for people to purchase online. The website is available in 16 countries and sells more than 12 million products so there is no shortage of options on the eCommerce giant.

In China however, JD.com comes out as the top brand for online purchases with 69,979 million net sales each year. Other top online brands that spenders migrate towards include eBay and Apple.