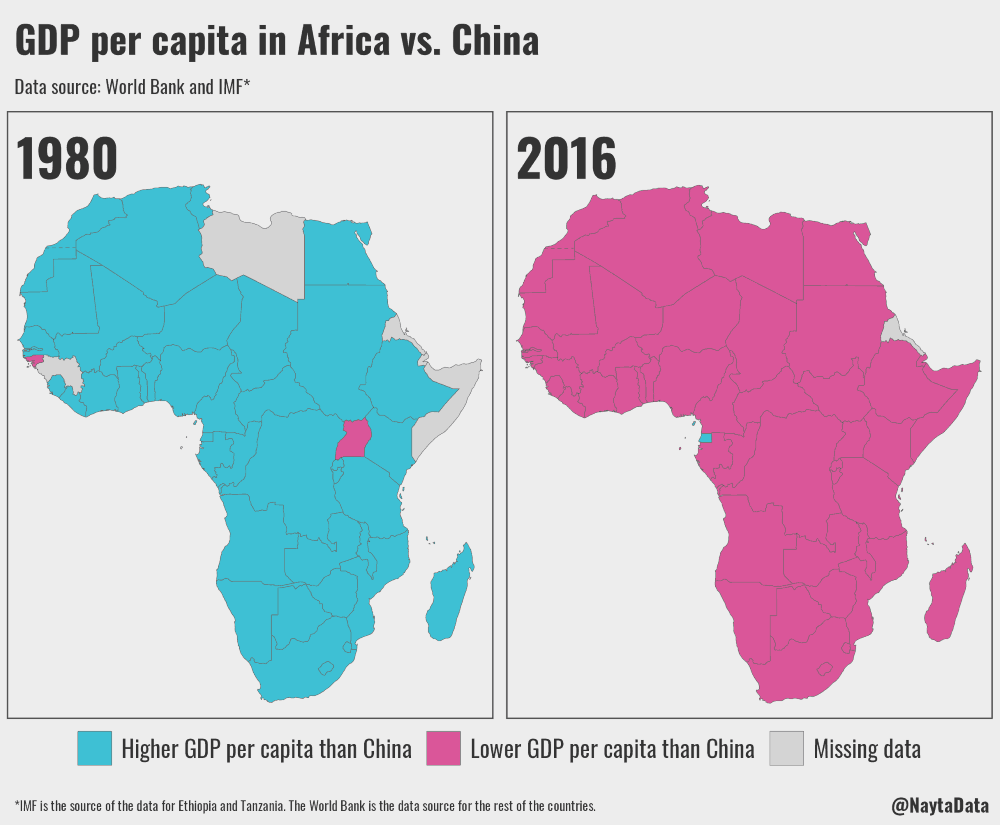 However, by 2016 China’s GDP per capita has increased to $8,117.27 per person, a staggering 41X increase. This made it richer per person than almost all African countries expect Equatorial Guinea ($9,217.89 per person; although this is distributed extremely unevenly) and the Seychelles ($15,060.99 per person; not shown).

The data comes from the World Bank and IMF and is shown in current US dollars.

Find this post interesting? Please help by sharing it: